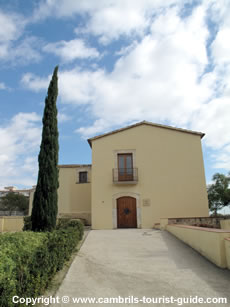 Museu Moli de las Tres Eres (The Three Era Mill Museum)
Cambrils is often thought of, first and foremost, as a beach town. However, there is so much more to Cambrils than just its beach. About 1 km inland from the port area of Cambrils you will find Cambrils' old town. The area is steeped in history and is rich with things to see and do. The port area itself also offers a wide range of interesting sights that could keep you occupied for a day or two during your trip.

This page provides a comprehensive guide to the various attractions on offer in Cambrils. I will cover the museums, the churches, historical buildings and the monuments and statues. A description of each attraction is provided, along with contact details and the address.

Second to the beach, Cambrils is arguably most celebrated for its cuisine. It is known to be the best place in the Costa Daurada to sample local cuisine. It is also the home to two Michelin starred restaurants. For this reason, it is worth treating the restaurants of Cambrils as one of its main attractions. See our guide to Spanish restaurants in Cambrils.

This museum is the site of a functioning hydraulic flour mill. It has been restored and is available to be viewed. The museum is also the site of an archaeological remains from the 13th century. 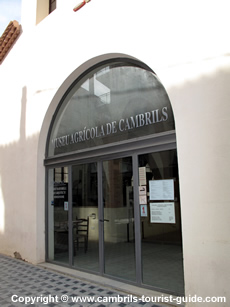 This museum is located inside a modernist building that used to be a wine cellar. It shares its space with a local co-operative food shop that sells the award winning local olive oil. Wine was produced in this building from 1921 until 1994. It is a chance to see the evolution of farming in Cambrils and you can view the machinery for the processes of making wine and olive oil.

Car Parking Near To Agricola Museum 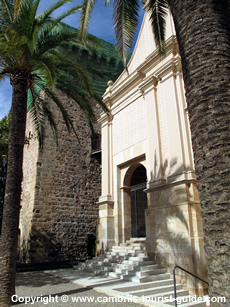 This church was built in the 1960s and offers a space where masses are held in the open air.

This is a sanctuary devoted to the Virgin Mary. The current building was constructed in the 18th century and is considered to display a combination of architectural styles. It is an important place on the 08 September each year, when the feast of Saint Mary is celebrated.

This is a Renaissance building that dates from 1575. It was constructed using the remains of the Barenys and Vilafortuny churches - these were demolished during attackes by pirates. There is a small cemetery in this church.

Buildings and places of interest in Cambrils

This is a watchtower that has been declared a Cultural Asset of National Interest. It is located within the grounds of the Sanctuari de la Mare de Deu del Cami. It dates back to the fourteenth century. At this time it was used as surveillance along the coastline. It is impressive from the inside as well as the outside.

Torre del Port (The Tower of the Port) 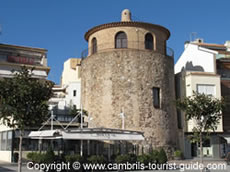 Torre del Port (The Tower of the Port)

This is a seventeenth century watchtower that was used to defend the settlement against pirate attack (a fact that's sure to keep the attention of the kids!). It sits at the very heart of the port area and is used as a gallery for temporary exhibitions. The exhibitions are generally related to maritime history. 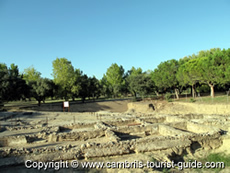 This is an impressive archaeological site that dates all the way back to between the 1st Century BC and the 4th Century AD. The ruins were only discovered in 1980. You are permitted to walk around the Roman ruins.

La Llosa Roman Village
Carrer Josep Iglesias
Cambrils, España.
- (it is set of the road at the centre of the green park area)

This 19th century tower was built to optimise communication in that era by using an optical telegraph. It is said to be one of the best preserved examples of this in the country.

This building had also been listed as a Cultural Asset of National Interest. It originates from the 12th century and was built for defense purposes.

Statues and Monuments in Cambrils 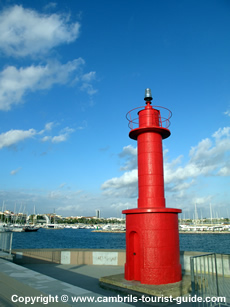 This is often seen in photos of Cambrils - a symbol of the area. It is located at the end of the wharf. It is a perfect setting for taking photographs of both the town and the sea. It is also the perfect vantage point for watching the fishermen at work.

Located at the furthermost point of the Moll de Ponent.

Of course, the attractions mentioned here are not the only attractions on offer in Cambrils. The town also plays host to two idyllic parks. It is well known for its nautical centre. It plays host to a weekly market.

To learn more about Cambrils in general, including an overview to the port area, the beach area, the old town and the shops, see our Guide to the Districts of Cambrils.